Many people ask me if they can order Haelan through me. Yes, you order through me by calling or emailing me. My phone number is 415-308-4818 in California in the United States.  Email is Adrea@ThrivingHealthAndWellness.com .

Then we speak and I guide you in what to do to maximize Haelan’s benefits.
We also discuss how much, when and when you can cut back on how much you take.
My gift to you is my guidance on a complimentary basis.

Haelan is an organic, non-gmo fermented soy food beverage. Please note: fermented soy is totally different from regular soy. It’s like having two different models of cars, that are both cars. Haelan company works with a top scientist in the world to ensure Haelan 951 is loaded with ingredients and compounds that help promote natural fighters of cancer. Carefully calculated levels of isoflavones (such as genistein, daidzin, genistin), saponins, phytosterols, protease inhibitors, and phytic acid compounds combined with our unique and proven nitrogenized fermentation process contributes to the superior effectiveness of Haelan 951. The company is committed to becoming the world’s most powerful food/beverage.

During conventional treatment, the body will typically experience side effects. While these vary from patient to patient, but there are some common side effects that are more likely to occur than others. (See Adrea’s testimonial on the Haelan Testimonials page to know how Haelan helped her combat side effects and have more energy).

Haelan 951 contains special vitamins, minerals, amino acids and more in levels specifically designed to combat treatment side effects. Haelan 951 is available only in a liquid form so that it can be easily administered to patients who are having trouble chewing or swallowing.

1. Interview of Adrea: Effectiveness of Haelan with regards to Cancer:
January 2014

An interview of Adrea about cancer with Marcus Freudennman of Truly Heal. Once you’ve listened to the interview, under the interview picture, you will see two additional links to interviews with Walter Wainright, the world expert on Haelan. He was Adrea’s mentor for 7 years and he has since passed away.

Haelan is an immune-supportive fermented organic non-GMO probiotic organic nutritional protein beverage food product that addresses the root CAUSES of cancer, NOT the SYMPTOMS. Tumors are symptoms of a serious chaotic imbalance in the body, Tumors don’t cause Tumors. It is essential to address root underlying causes of the imbalance

Scientific Explanation of Haelan’s:
Mechanisms of Action plus questions and answers.

How Haelan951 can help Prostate Cancer

In a recent comprehensive statistical analysis of epidemiologic studies, researchers from the US Department of Agriculture and Washington University in St Louis found that among studies involving Asian men, individuals who consumed the most soy were almost 50% less likely to have prostate cancer than those who consumed relatively little soy. This suggested protective effect of soyfood intake is generally consistent with results from animal studies.

In addition to possibly preventing the development of prostate cancer, soy consumption will also help prevent its metastasis, according to both animal and human evidence. For example, a recent study published in the Journal of the National Cancer Institute reported that the level of an enzyme that allows cells to invade tissues was markedly reduced in prostate cancer patients given the soybean isoflavone genistein. In a separate animal study, adding isoflavones to the diet in mice was found to inhibit prostate tumor metastasis by 96%. Finally, in men with prostate cancer whose treatment has been unsuccessful, preliminary evidence suggests that soy isoflavones are of benefit. Some studies show that isoflavones slow the rise in prostate-specific antigen (PSA) levels. PSA is protein produced by the prostate that can be measured in the blood and is used as a marker of prostate cancer.

Nina Presniakov, an 80-year old Russian woman was diagnosed in the late summer of 1996 with advanced breast cancer that had metastasized to her left arm, clavicle, hips, and spine. According to her son, Alexander who spoke for his mother as he was very fluent in English, her doctors offered surgery, more as a symbolic effort, to curb the cancer, but she declined. She was sent home, and the doctors told her that she had no more than six months to live. Upon her return home, Alexander began to look for alternative treatments. Nina continued to stay active in her community and made significant nutritional improvements including eliminating refined sugars and eating lots of fresh vegetables, fish, and fruit. She also took vitamin supplements. She had not been exercising prior to her diagnosis but began walking on a regular basis.

After much further research, Alexander discovered Haelan. Nina began to drink a bottle of Haelan per day in January 1997 in conjunction with her nutritional changes. With these nutritional and lifestyle improvements alone, she had already survived five months. She returned to the doctor’s office a second time in March 1997, six months after her diagnosis. They were very surprised to see her, as she had outlived their prediction. Further, her oncologist could not detect any cancer in her bones, or breasts. Follow-up mammograms were performed in April and November 1997. She lives cancer-free as of November 20, 1998. Nina Presniakov now takes 4 tablespoons of Haelan per day as a wellness dose to maintain optimum health. “My mother is still alive and in the best health of her life…we were stunned at first with the results of Haelan. It truly is a miracle,” says Alexander. He recommends taking a simple approach to health: eating good healthful food and nurturing a strong faith.

The study below is noteworthy. I have been taking this product since 2006. After six episodes of cancer, I remain healthy and strong. We know cancer can be chronic and we know additional episodes can be more virulent and often deadly. My objectives have been to strengthen my immune system and reduce the virulence of any recurrent episodes. I believe this product to be foundational in that regard. As we know, everything synergizes; yet, some pieces are more significant than others.

Note this statement in the study: “Materials and methods: Study medication:
A fermented soybean product (Haelan Research Foundation, Woodinville, WA, USA), FSWW08, investigated in the USA qualifies under the FDA Orphan Drug category as a Medicinal Food or Food For Special Medical Purposes” 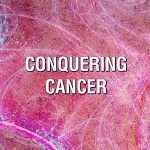 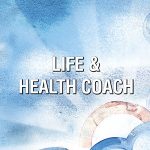 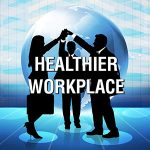 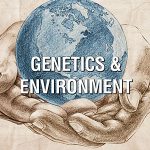 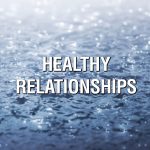 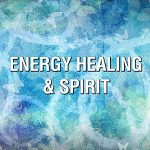